Due to more readily available samples, studies so far have focused on the first week after conception and at later stages beyond a month into pregnancy, during which organs form and mature. However, there is currently very little understanding of events that take place in the intervening days, which includes the crucial gastrulation stage that occurs shortly after the embryo implants in the womb.

Analysis of a unique sample by researchers from the Department of Physiology, Anatomy and Genetics, University of Oxford and Helmholtz Zentrum München helps fill this gap in our knowledge of early human embryogenesis. Their findings, published in the journal Nature, will contribute to the improvement of experimental stem cell models.

Gastrulation is one of the most critical steps of development, and takes place roughly between days 14 and 21 after fertilization. A single-layered embryo is transformed into a multi-layered structure known as the gastrula. During this stage, the three main cell layers that will later give rise to the human body’s tissues, organs and systems are formed. Principal Investigator Professor Shankar Srinivas said: 'Our body is made up of hundreds of types of cells. It is at this stage that the foundation is laid for generating the huge variety of cells in our body – it’s like an explosion of diversity of cell types.' 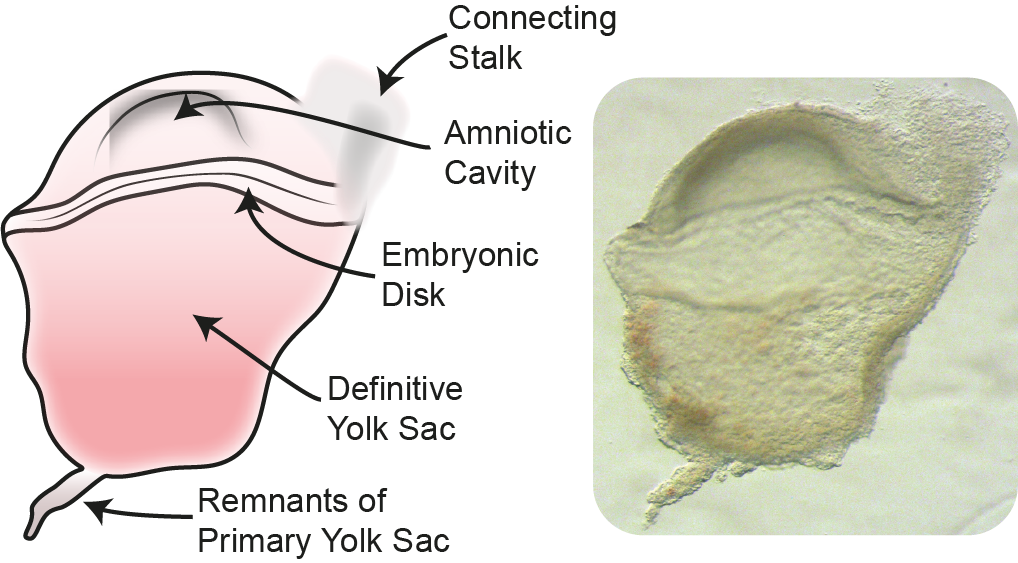 The study is a milestone for developmental biology as ethically obtained human samples at these early stages are exceptionally rare. The collaborative research team obtained the sample through the Human Developmental Biology Resource, from an anonymous donor who generously provided informed consent for the research use of embryonic material arising from the termination of her pregnancy. The sample is estimated to be from around 16 – 19 days after fertilisation.

To better understand human development or develop treatments for injury or disease, scientists experiment with human stem cells in the laboratory.

Professor Srinivas said: 'If you want to make a stem cell into, say, a heart cell, the best way is to learn how it happens in nature and recreate that in the lab. But if you don’t know what happens in nature, then you essentially have to guess.' This study is valuable because it offers a unique glimpse into a central but inaccessible stage of our development.

Researchers can only legally culture human embryos up to the equivalent of 14 days of development, which is just before the start of gastrulation, so it is not currently possible to study this stage in cultured human embryos. Consequently, our knowledge of events beyond 14 days after fertilization is largely based on studies in animal models such as mouse and chicken.

Dr Tyser said: 'Our new sample is the bridge that links the very early stage of development with the later stages when organs begin to form. This link in the human had previously been a black box , so we had to rely on other model organisms such as the mouse. Reassuringly, we have now been able to show that the mouse does model how a human develops at the molecular level. Such models were already providing valuable insights, but now this research can be further enriched by the fact we’re able to cast light into that black box and more closely see how it works in humans.'

Using the powerful technique of single cell sequencing to closely profile the embryo’s individual cells, researchers were able to identify 11 distinct cell types. While most of these cells were still immature, they discovered the presence of both blood cells and the primordial germ cells that give rise to gametes (ovum and sperm cells). Notably, the team did not find any evidence of mature neuronal cells or other cell types associated with the central nervous system. This study detailing the types of cells in the gastrula could inform an ongoing debate in the scientific community around reconsidering the ‘14-day rule’, which sets a limit to culturing intact human embryos. 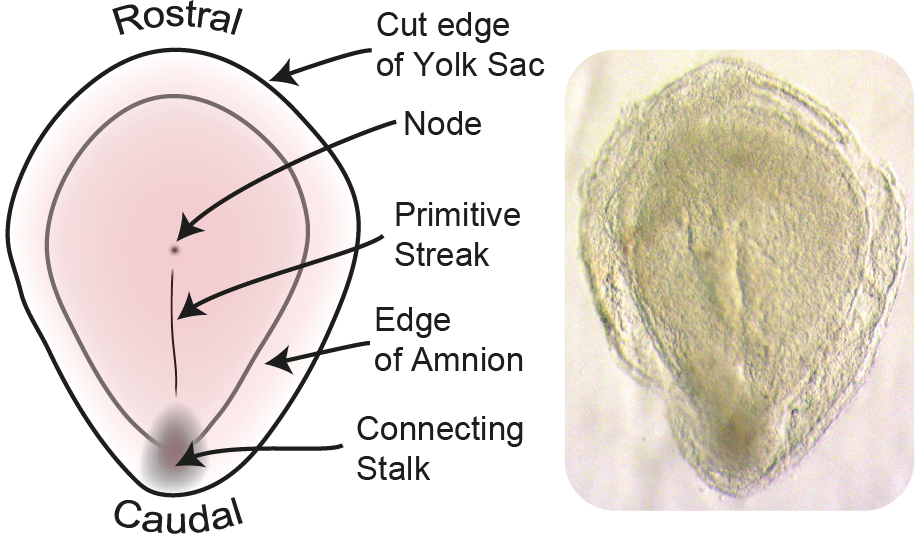 As part of the University of Oxford’s commitment to open research, the team made the raw data available to researchers around the world prior to publication.

Professor Srinivas said: 'Many people have already requested our molecular data and used it in their own analyses. The images of the embryo are also really valuable and have attracted a lot of interest because they are amongst the clearest images of this particular stage of development.' To further make this valuable information accessible, the team created an interactive website for both the science community and general public. Dr Tyser said: 'We’ve made it very easy for people to access this data, so anybody can go and look at a gene of interest and see where it's expressed in the human embryo at this stage.'

The full paper, 'Single-cell transcriptomic characterization of a gastrulating human embryo,. can be read in Nature.