Using funding from the British Heart Foundation the hCD68-GPF mouse was developed to facilitate the study of macrophage biology in the wider scientific community.  We have made this line commercially available via The Jackson Lab.

The original characterization of this mouse was published in Blood along with a commentary including clear methods for flow cytometric and imaging analysis. An additional characterisation in  the ApoE-/- model of atherosclerosis and Angiotensin II induced vascular inflammation was published in ATVB. 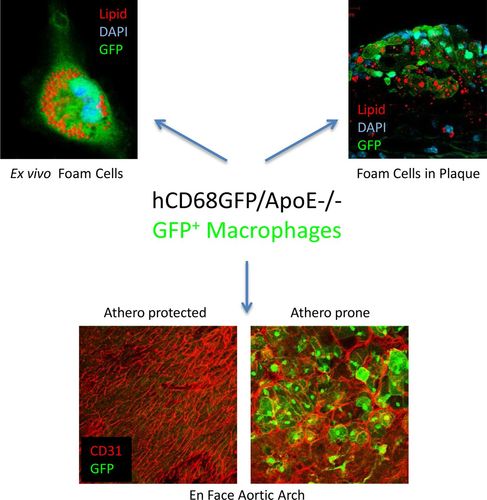 The hCD68-GFP mouse allows both study of monocyte trafficking and longer term monocyte to macrophage differentiation studies.  In contrast to other widely used strains, such as the CX3CR1GFP line, monocytes retain GFP expression after differentiation to mature tissue macrophages.