Metabolomic profiling of vascualr disease in the China Kadoorie Biobank

This study investigated the associations of plasma metabolic markers with risks of incident MI, ischemic stroke (IS), and intracerebral hemorrhage (ICH) in a nested case-control study of 5,000 cases and controls from the China Kadoorie Biobank. Nuclear magnetic resonance spectroscopy measured 225 metabolic markers in baseline plasma samples before disease was reported. Very low-, intermediate-, and low-density lipoprotein particles were positively associated with MI and IS. High-density lipoprotein (HDL) particles were inversely associated with MI apart from small HDL. In contrast, no lipoprotein particles were associated with ICH. Glycoprotein acetyls, ketone bodies, glucose, and docosahexaenoic acid were associated with all 3 diseases. The 225 metabolic markers showed generally concordant associations between MI and IS, but not with ICH. These findings were published in J Am Coll Cardiol 2018;71:620–32. The metabolomic data were also used in a genetic study of CETP inhibition and vascular risk, published in JAMA Cardiol 2018;3:33-43. 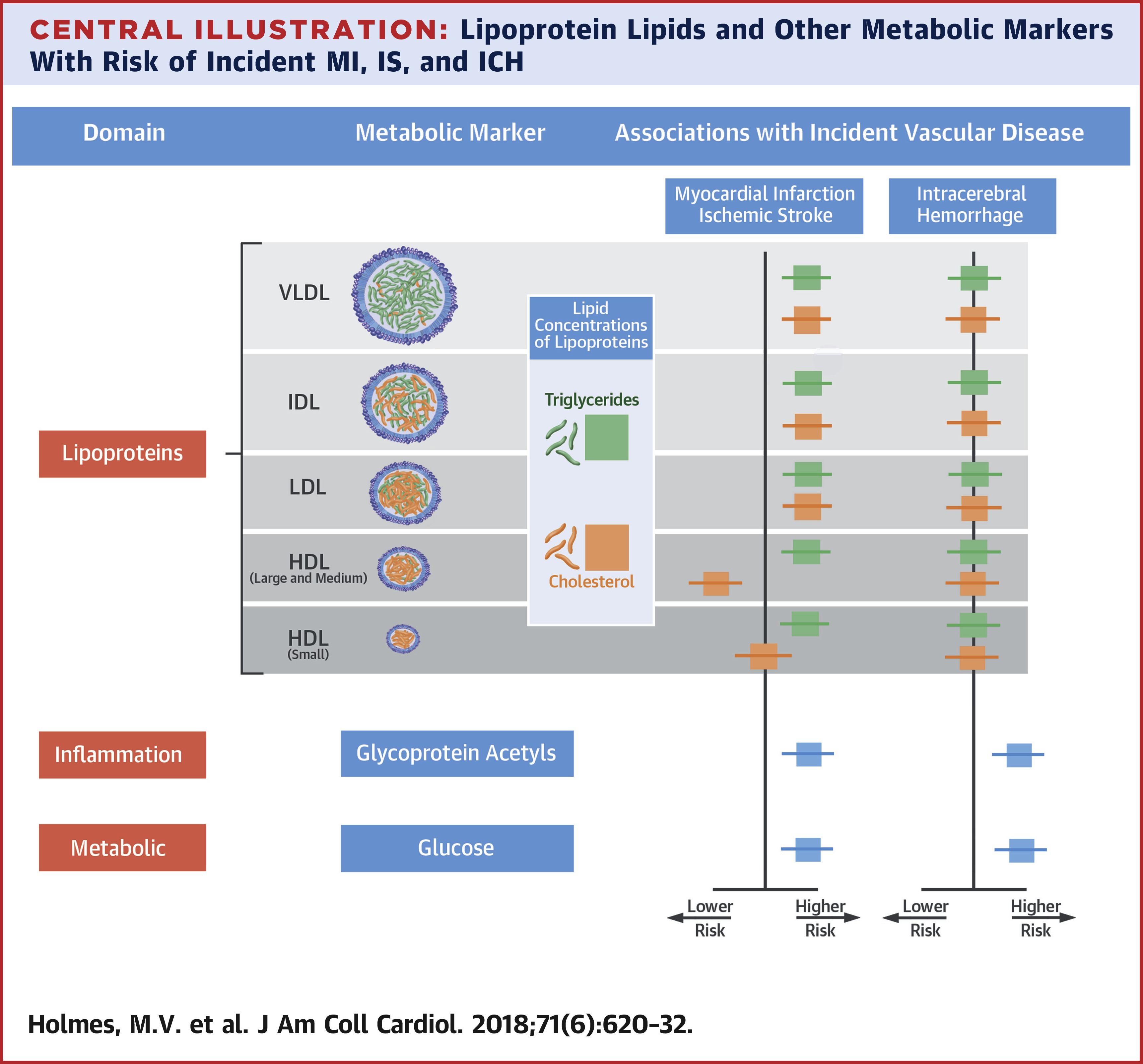 Publications linked to this award: