Reactive oxygen species (ROS) are unstable chemical species containing oxygen such as peroxides, superoxide, and hydroxyl radical. They are essential for physiological vascular redox signalling but when dysregulated, vascular oxidative stress is induced leading to tissue injury which was found to underlie the progression of several cardiovascular disorders (endothelial dysfunction, ischemia-reperfusion, and atherosclerosis), at least in experimental animal models. Several large-scale genome-wide associations studies (GWAS) have been conducted on various vascular diseases and a variety of genetic loci as well as candidate genes were identified, but the exact role of many of these is unknown. At the same time, no GWAS was conducted on vascular ROS trait in humans. Therefore, it will be interesting if we were able to perform a GWAS to identify loci associated with variations in redox vascular status in a substantial number of patients form the Oxford Heart Vessels and Fat (ox-HVF) cohort and overlay the findings with existing GWAS hits for coronary artery disease (CAD). We may be able to identify genes causally involved in vascular redox regulation and vascular disease pathogenesis, potentially leading to the discovery of novel redox-related therapeutic targets. 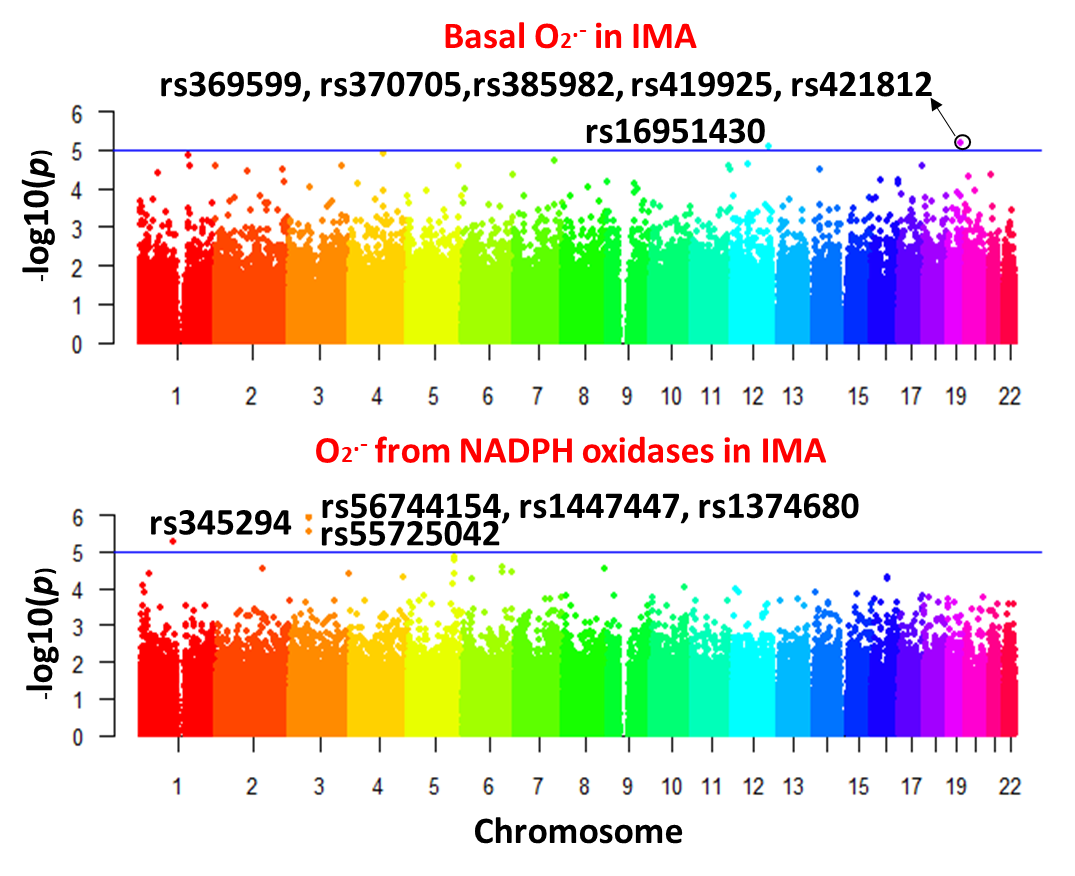